The Future of Farming is in Safe Hands 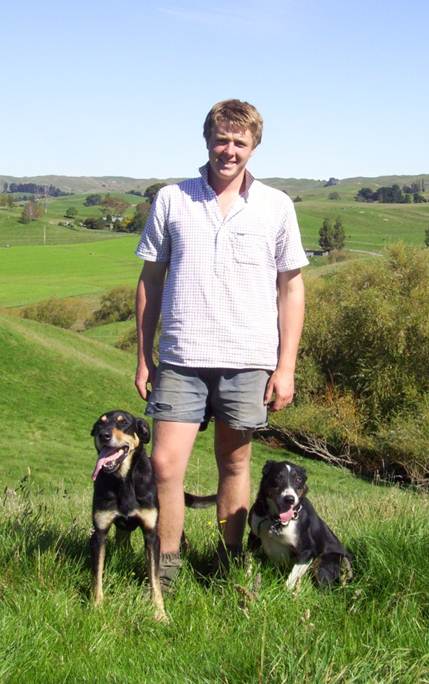 Rowan Sandford, a third year Lincoln University Bachelor of Commerce (Agriculture) undergraduate has been awarded the inaugural Lawson Robinson Hawke's Bay A&P Scholarship.  The announcement and presentation was made at the Silver Fern Farms Hawke's Bay Farmer of the Year Gala Awards dinner held at the Hawke's Bay Showgrounds on 11 April 2013.

The judges were impressed with Rowan's achievements to date and grasp of the the issues facing the primary sector currently.  A Lindisfarne College Old Boy, Rowan excelled in his studies receiving many accolades and awards.  University has been much the same with an invitation from Lincoln University to undertake post graduate studies at the completion of the year.

Growing up on a Sheep and Beef property Rowan was introduced to the agricultural industry from a young age and says he has been "hooked" on a future in the industry from a young age.  Having worked on various farms to gain experience, establishing a sheep stud and co-founding the Stortford Lodge Young Farmers Club, Rowan is well on the way to be a future leader in the primary sector.  Over the past 5 years Rowan has been involved with the agricultural and pastoral movement attending a variety of A&P shows as Associate Judge in both Sheep & Cattle, is a member of the Royal Agricultural Society Youth Council and chosen to attend Beef Australia in 2012.

The Scholarship, worth $3000 is underwritten by Lawson Robinson Barristers + Solicitors and seeks to identify and encourage those that have the potential to become future leaders in the primary industries.  The recipient will have a familial association with Hawke's Bay and it is hoped that these recipients will eventually settle back in Hawke's Bay and pass on their learnings to the community and its industries.